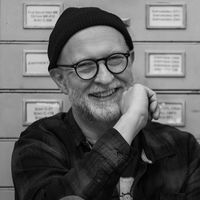 Mould’s live shows will span his entire 40+ year career, including songs from the Distortion collection and from his landmark band Hüsker Dü, as well as songs from last year’s explosive and critically acclaimed album Blue Hearts — about which Rolling Stone’s 4 out of 5 star review raved, “feels like a lost Hüsker Dü album with Mould howling invective over his buzzsawing guitar.”

“It’s been a year and a half away from the stage. I’ve missed the noise, the sweat, and seeing your smiling faces. I’m fully vaccinated, and I hope you are too, because this Fall will be a punk rock party with the band — and the solo shows will be loud and proud as well. It’s time to make up lost time, reconnect, and celebrate together with live music!”