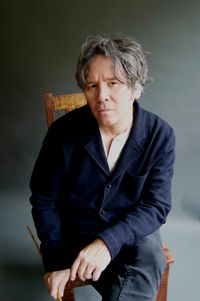 When you're a musician used to a certain creative groove, it's disorienting to have this rhythm disrupted. But that was just the position Grant-Lee Phillips found himself in spring 2020: Months before the release of a new full-length, Lightning, Show Us Your Stuff — an album he was already previewing on an early 2020 tour with John Doe and Kristin Hersh — the pandemic led to the cancellation of tour dates and other promotional plans.

Like many musicians, Phillips sought out silver linings wherever he could find them. He started performing weekly at-home livestreams, dubbed Live from the Parlor, and promoted Lightning, Show Us Your Stuff from his house in Nashville. But in early 2021, when Phillips realized any potential touring options were still on hold for the foreseeable future, he started to write and record a new solo album at home. "I found respite in the process when I could do little else," he says. "It became a sort of meditation on this time in my life and the events that we've collectively experienced."